Mozilla Thunderbird is a free email application which is quite trending in the market, even though it provides many facilities, the user has to face some problems while using it. Here we are talking about one of the common error which the user faces i.e. disappearing of the messages present in the inbox.

Thunderbird email missing from inbox & deleted messages reappear – The messages which are present in the inbox are not visible and the ones which are deleted are showing. Though the rest of the folders like sent, outbox, etc seem to be fine. This is what the email account looks like when the error occurs. 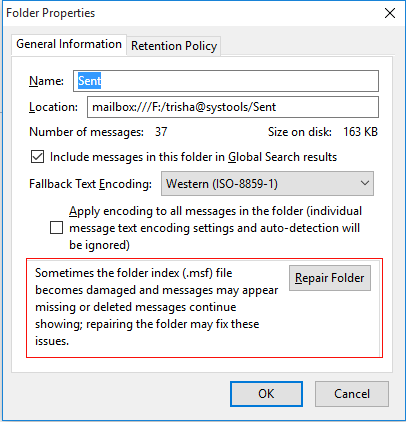 Note: Turn off ‘Automatic mail checking’, as it reduces the chances of possible errors. Also, do not perform any action on Mozilla Thunderbird until the process is complete.

An alternate solution to this is by repairing the MSF folders, which can be done in the following manner –

Even after deleting & rebuilding the Thunderbird index files, the messages may be missing & Thunderbird deleted messages reappear then you may go ahead with the following methods in sequence.

Even after deleting & rebuilding the Thunderbird index files, the messages may be missing & Thunderbird deleted messages reappear then you may go ahead with the following methods in sequence. 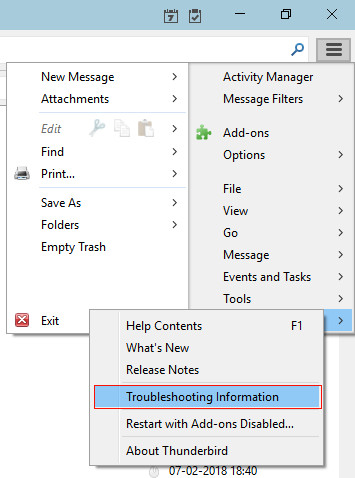 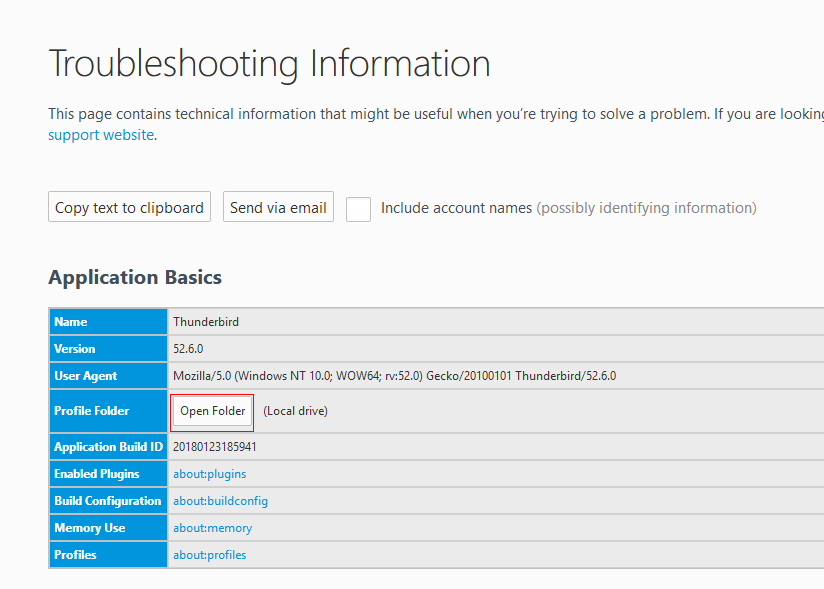 There is a high probability that this method would work in this kind of situation & you would be able to get the messages back.

Try the exact same process mentioned above with Thunderbird closed & save the file with some other name NewInbox & put it in ‘Local Folder’ account which is under ‘Mail’. Now restart Thunderbird.

You would be able to see all the missing emails in the new folder “NewInbox” which is present in Local Folders. First, try with one email, right click on the email, go to ‘copy to’ & select the IMAP mail account inbox. Give some time to the server and computer to synchronize after which check if you can see that mail in the server inbox of Thunderbird. If it is successful transfer the whole file. Just make sure that Thunderbird is closed before doing it.

To solve the error “Thunderbird email missing from inbox & deleted messages reappear”.
In the first method, we tried to repair the Thunderbird folder, The second one focused on rebuilding the inbox.msf file. Again in the next methods, we tried to rebuild all MSF files taking a bit different approach.

All the methods to solve this error are followed done after the other, if the one before doesn’t work in your case, then go to the next. If these steps are followed properly then you would be able to solve the issue and get back using your old emails.