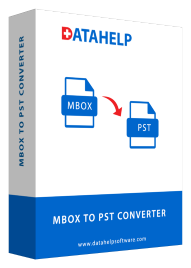 "I have used this Eudora to PST converter tool to export mailboxes into a single PST file. This software is fast to convert Eudora mailbox data, this is quite impressive. It solves my problem related to Eudora to Outlook conversion."

With the help of Eudora converter tool, user can easily export Eudora Mails to Outlook 2016, 2013, 2010, 2007, 2003 importable PST in a reliable and efficient manner. User can also migrate multiple Eudora mailboxes at a time. Moreover, the software allows importing multiple MBX files or folders at a time to perform bulk conversion of Eudora to PST without file size limitation.

While transferring data files from Eudora Mail to PST file of MS Outlook, the software keeps the folder structure and original formatting of data intact. Apart from this, the Eudora to Outlook converter wizard maintains the integrity of data even after migration. The application also maintains all the attributes associated with each file such as To, Cc, Header, Bcc, etc.

A user is allowed to export Eudora mail to PST without the need of any additional software. While Eudora to PST converter tool performs cross-platform migration it does not require Eudora Mail & Outlook installation on the local machine. The user must have only mailboxes, nothing else in order to import mail from Eudora to Outlook PST file.

You can select Eudora mailbox file by using Drag & Drop option, if you have multiple files which you want to convert into PST file then you can select these file by Select File(s), Select Folder options.

Eudora 7 and lower versions creates MBX file while the Eudora 8 and later versions use MBOX file for local data storage. This efficient Eudora to PST converter supports all the mailbox files regardless of the Eudora version. Therfore, one can easily convert Eudora to Outlook PST without an compatibility issues.

Although the Eudora to Outlook converter creates PST file supported by all Outlook versions, it still does not require the installation of MS Outlook on the system. Therefore, you can simply convert your Eudora mailboxes and later import them in Outlook on another system.

What Our Clients Say About Eudora Mail to Outlook Migration Utility

"The best part I liked about Eudora to PST converter software is that it allowed me to convert multiple mailboxes of Eudora to Outlook. The software provides a user-friendly interface so that it becomes really for a user like me to migrate even 10 years old Eudora emails to Outlook in an efficient way. Moreover, there will be no loss in data even after migration. Thanks to the developer for providing such a great utility.""

"I was searching for a utility from a long time that helps me in migrating my dismounted Eudora mailbox to Outlook. Thanks to Eudora exporter for ending up my search. This utility helps me in such a great manner to export all MBOX data to PST file without any trouble."

Queries Related to Eudora to PST File Conversion & Their Solution

Q Can I get a brief explanation on the working of the tool?

A. Brief Steps to Convert Eudora to Outlook are:

Q Is it possible to convert Eudora emails to Outlook PST file along with its attachments?

“I tried many times to import Eudora emails to Outlook 2019 using manual method and some other third party tool but in both situations, I was unable to move attachments along with emails. So, can you just tell me is it possible with the help of Eudora to PST converter tool or not.


A. The answer varies as per the Eudora versions. If you are using Eudora 8 or later versions, the tool will easily convert Eudora mailboxes to PST with attachments. However, for Eudora 7 and lower versions, since they save attachments in separate folder, converting MBX file to PST is not enough for retaining attachments.

Q Is this Eudora Mail to Outlook Exporter is available totally free of cost to use?

“As I am searching for a tool to perform my Eudora Mail to MS Outlook migration, I found this tool suitable for me. Can you please tell me is this software is free of cost or you charge for it.”


A. Yes, Eudora to Outlook converter software is available free for use. A user can simply download it from the official website. As the software is free of cost, it has some limitation in its free version such as it export first 10 emails only to Outlook. Therefore, to have a complete access to the software without any limitation, you need to purchase licensed version of the software.

Q Does this software maintains the integrity of data while migrating Eudora emails to Outlook?

“When I export Eudora Mail to Outlook with the help of some other third party tool available online, there are some changes in the data. Some characters are missing, commas are replaced dashes. Therefore, I want to confirm, is it the same issue with your software also.”


A. Yes, Eudora to PST software guaranteed to retains the integrity of emails and other data files even after migration. A user can use this software without any risk of data loss.

Q Can I export multiple Eudora Mail accounts to Outlook at a time or not?

“As I have a different account on Eudora Mail email client so, want to export all of them to Microsoft Outlook. Would I able to move all these Eudora Mail accounts to Outlook at once or I have to export them separately one-by-one.”


A. Yes, a user is allowed to move all the user identities to Microsoft Outlook at a time using Eudora to PST tool. Simply locate the mailbox files of all the identities and use Select Folder option to select all the mailboxes at once.

Q If I change the default location of the emails on the system, does the auto-detect feature of this software works in that case also?

“As everybody knows emails are stored on a local machine in C drive by default, but now I have moved all of them to drive D. So, is it going to auto detect the feature of the software or not?”


A. No, whether a user changes the default location of emails on a local machine or not, he/she needs to locate the folder manually onto the software to import emails from Eudora to Outlook.

Q What is the default location of Eudora mailbox files that I need for conversion?

A. The default location of Eudora mailbox files required by Eudora to Outlook converter varies from system to system.

Eudora 8 & above: %appdata%\Roaming\Thunderbird\Profiles\xxxxxxxx.default\ (Look for files with no extensions - Inbox, Sent, etc.)